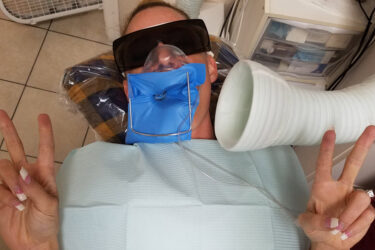 Amalgams, which are silver-colored metal fillings, are 50% mercury by volume. Mercury is a neurotoxin that can cross the blood brain barrier and is the second most toxic metal after plutonium, However most dentists consider amalgam to be durable, safe and effective for filling cavities because they are easy to place, inexpensive and long lasting. Unfortunately, amalgam fillings often outlast the teeth they are placed in. They will contract and expand with temperature over time, weakening, staining and sometimes breaking the tooth. They are a source of toxicity in the mouth 24/7 because they emit fumes that increase when chewing. 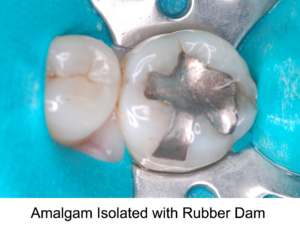 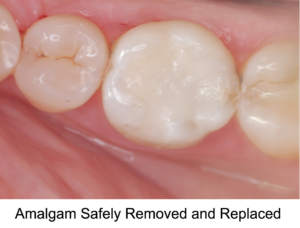 It has been estimated that up to 14% of the metal waste in the oceans is from dental amalgam. Its use has been banned entirely in Norway, Denmark and Sweden. In September 2020 an article published in the Journal of Environmental and Public Health stated that mercury pollution has become an issue of global concern, citing the UN sponsored Minamata Convention in 2013.128 countries, including the United States, have said ‘yes’ to the Treaty guidelines for mercury emissions.

It has been estimated by some that sewage discharge from homes and businesses may be more than from dental offices! Doctors Data Lab in Chicago and Biospectron in Sweden are medical labs that do thousands of tests every year for metal toxicity. According to these sources, the average person with amalgam fillings excretes over 100 micrograms per day in body waste. Something to think about.

At Integrative Dentistry we have always focused on safe amalgam removal. The patient is given a nosepiece to breathe in pure oxygen so that no fumes are inhaled and a rubber dam is used to isolate the tooth so no metal is swallowed. We have numerous fans and filters, along with windows and doors that open to provide outside ventilation. We have had amalgam separators in operation since we first moved into our office in 2004. These are now mandated nationally by the EPA to keep metal waste from draining into the general water supply.

It was these safety standards that allowed us to remain open during the pandemic lockdown, along with implementing other measures like the mandatory personal protective equipment (PPE) for the doctors and staff. An antiviral iodine rinse is provided for every patient before each procedure. In addition, negative pressure was installed in our operatories. This means all the air is removed and replaced with fresh air between appointments, so there is little chance of exposure to microbes in the air. This is the same strategy that hospitals use to exchange air in their clean rooms.

Although amalgam usage is declining due to the current availability of durable, tooth colored com­posite material, the number of amalgam fillings placed every year is still in the millions.

Safe amalgam removal is imperative because, unless precautions are used, mercury released during the treatment can be absorbed into the lungs and bloodstream or swallowed.

At Integrative Dentistry, Dr. Bo Ah Kim has been trained, using Dr. O’Rielly’s protocols, to do amalgam removal and replacement using only bio-friendly materials.She is joined on the staff by her husband, Dr. Hyung Jin Bae, a Harvard-trained integrative periodontist. A periodontist specializes in the prevention and treatment of gum disease and Dr. Bae utilizes minimally invasive treatment with lasers in his procedures. To learn more visit us at myholisticdentist.com or contact us at 760-632-1304.

Dr. Carey O’Rielly is a holistic dentist operating in San Diego. He believes passionately that creating health and beauty around us is an integral part of life and you will feel these qualities in our office.

February is all about the heart 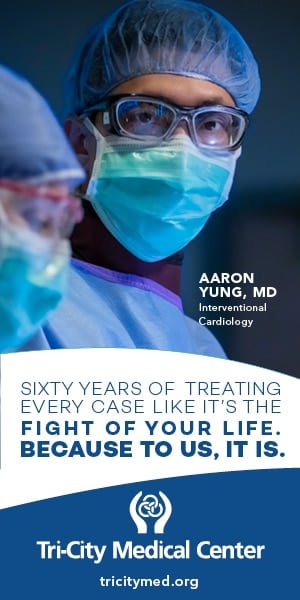